During the Summer of 2021, world record breaking British mountaineer Jake Meyer will lead a team in a bid to set a new mountaineering record. The aim of this expedition is to climb the highest mountain in all of Europe’s 50 countries in the shortest amount of time possible. Chase Expeditions is delighted to be taking the lead on managing each and every element of this pioneering challenge.

Aiming to beat the previous record set for this challenge by at least 1 year, Jake is in the best position possible to succeed. Having climbed the 7 summits – the highest peak on each of the 7 continents, and K2 – the 2nd highest mountain in the world and notoriously nicknamed ‘the savage mountain’,  Jake has also climbed the highest peak in each of the 52 states of the U.S in one road trip. 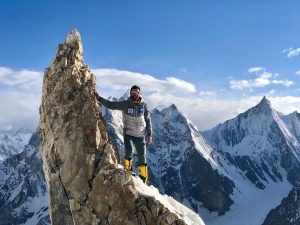 Undertaking 50 mountains in countries in as close to 50 days as possible, this will be an exciting expedition with many moving parts – a support team of 6 including a documentary maker and a photographer, a different country each day, and very many highways, boarder crossings, tents, hotels, sandwiches and summits along the way. Chase Expeditions will be on the road with Jake and his team for the duration of the challenge, making sure that Jake can focus on his challenge and to ensure that all elements of this complex expedition are managed en route.

This will be an unforgettable adventure encompassing almost every environment, from the glaciers of Iceland to the craters of the Azores, the minefields of Macedonia, the volcanoes of Azerbaijan and up into the Arctic Circle of Finland.  Highpoints of every conceivable size and shape, from the subdued Squares of the Vatican City to the lofty heights of the Caucasus, the perfectly conical volcanic mountains of Tenerife to the plains of Belarus.

• 50 Countries and their highpoints

Very few people are known to have completed this feat previously and the current official record stands at 364 days. Jake’s team aims to smash this time and complete the trip in a breath-taking 50 days. 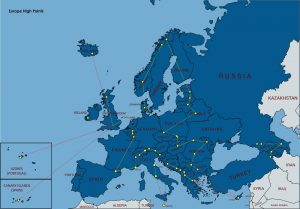